Reblogged from A Writer’s Path. 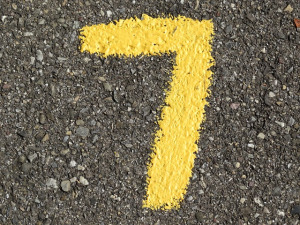 It’s been over a year since I published my book, Before the Legend. This past year I’ve learned so much about self-publishing and marketing. Although I’m thankful for the little successes and milestones I was able to reach, there were several things I wish I could have done differently before and after self-publishing my book. The first three in the list are things I already knew before publishing but underestimated while doing this process. Here are my top 7 things you want to do before you self-publish.

So it seems that some indie, self-published authors are dealing with something called copyright claim-jumping. What is that you ask? It’s when you, as a author, get a notice from one or more distributors (i.e. Amazon, Smashwords, etc) that someone has filed a  DMCA (DMCA” stands for “Digital Millennium Copyright Act) notice on YOUR book. That means that someone, somewhere has said that part of your book has material from another source. That someone sends a notice to your book’s distributors and they in turn have to (by law) shut down, lock, block, whatever you want to call it your work on their site.

This means that you can’t update files, readers can’t buy your book, it’s just gone. Why would someone do this? There could be any number of reasons. It could be someone with a grudge against the author, someone doesn’t like the story (or they are offended by it), a reader feels “cheated” somehow after buying the book (this could be true even if the book was a freebie), and someone is trying to scam the author.

Scam how you ask? By taking part of the author’s work (from posting bits and pieces form blog posts or right from the eBook itself) and inserting it into older blog, book, post somewhere. They send the DMCA, the book gets taken down and then, as “concerned’ readers/fans offer to “help” you with your DMCA problem. For a small fee , of course. Now I don’t know of anyone that has actually had to pay to get their work “freed” but it’s possible.  So how can a writer/author protect all the hard wok that goes into writing and putting a book (or anything really) out there?

Really you can’t prevent something like this from happening, you can only lock your work as tightly as you can. After reading a few blogs and Facebook posts lately about this happening I took a big step in protecting Santa Baby, my first book. I registered it with the US Copyright Office. Yes, there was a small fee, but for my own piece of mind I decide to do it. And I will be doing it for any and all of my writings from now on. Here is a good blog post with great instructions from Marcy Kennedy’s Blog (December 4, 2014) with guest blogger Kathryn Goldman.

Taking this step is a decision that each of us, as writers/authors need to make for ourselves. I’ve linked the copyright office page above. But it’s kind of sad we have to worry about this kind thing.

It was so worth the money I paid to attend this year’s RT Booklovers Convention. Not only did a learn a lot about writing but I met and made some new friends. I am a member of the Science Fiction Romance Brigade (SFR Brigade) Facebook group. It’s full of friendly people that are great authors too.

And on Thursday I got to meet some of these people in person and attend some informative panels that will impact my writing in good ways. But right…there’s more! I also met two of my favorite writers (that aren’t part of the Facebook group).

So I arrived at the Rio Hotel and Casino at about 9 AM. I picked up my Thursday Only wrist band and wandered into the convention area. After some back and forth messaging with Pauline Baird Jones we found each other. I can’t say how thankful I was to hang with her for the day. She mentored me through panels, info fairs, and author signings. She was treasure trove of information and sound advice for really getting this done (this being writing and getting published).

First up was a SciFi panel event hosted by the SFR Brigade. It was called The Dangerous, The Devious, and The Irresistible. The Moderator was Linnea Sinclair with M. D. Waters, Isabo Kelly, Janet Miller, Colby Hodge, and Donna Frelick setting on the panel. It was a lively hour discussion about bad guys and how or even if they can be redeemed. I was really interested in this topic since I have not one, but two “bad” guys in my WIP, Taylor -Paranormal Operations, Inc. One is just so far gone to the dark side that he can’t be redeemed. The other…well…yeah he could be redeemed at some point. But do I want too? I had wondered if having two bad guys was too much. After the panel, I’m good with going ahead with the bad guy duo.

We went a Social Media fair where most, if not all, of the different social media types were there. Facebook, Twitter, Instagram, etc. It was interesting, but you really don’t need to all of them. Pick one or two, maybe three and stick with those.

After that we went a book signing in Club RT (a huge room with tables for authors to meet fans). I met Veronica Scott. She’s is part of SFR Brigade and so nice.

The other panel we went to was for Kobo. They are kind of the Amazon of Canada (only they just do books). Kobo has more counties that they can sell to than Amazon and it sounded like they were easier to use and more attuned to the writers needs. Lots of really good info there.

At the Kobe panel I met another SFR Brigade member, Kyndra Hatch. And she’s local! We exchanged info so we can get together sometime.

I also met (Ok…more like ran into at the restroom) Eve Langlais. She writes with a great sense of humor and kick butt heroes/heroines. And I’m now the proud owner of black, frilly Minions (and NOT the cute little yellow ones!) apron.

Paige Taylor writes exciting books about paranormal cops and special ops agents. I was able to meet and talk to her for a few minutes ate the Social Media fair. I kind of fan girled out but she was OK with that. LOL

In between all of the above was lots of talking with Pauline about the ins and outs of being a writer and getting published. She had lots of good advice and was very encouraging. In fact everyone I met was that way.

Overall I’m so glad I went to RT 2016. I was way out of my comfort zone in doing this. I mean these women are the writers I buy and read. They work hard at their craft. They are the rock stars of romance writing.  But you know what? They are human beings too. I found everyone I talked to and spent time with to be warm, personable, and just as happy to see the fans as the fans were to see them.

I only have one small regret…I didn’t see any real life hot, hunky cover models! Oh well…maybe next time!

Reblogged from A Writer’s Path:

Interesting topic. I toyed with the idea of using a Pen name but decide to stick with my real name.

I guess before I jump in, an explanation is in order. I’ve been toying with the idea of creating a pseudonym under which I’d like to publish a series of romance novels. No joke. So I figured I’d explore the idea of pseudonyms and take you along for the ride.

In the process of working on Santa Baby, I found myself scribbling notes here and there about “stuff”. You know the kind, notes on characters, places, things. Or I’d find myself hunting through previous chapters for a tidbit I wanted to check or reference.

So I decide to start a Story/Writing bible. I’m using Excel to do that. It’ll take some time to get all the info I want into it, but I will. In it I can track characters, WIP, story ideas, and word counts for each WIP. Maybe being a tad more organized will help me with my writing.

So what do you use to track WIP info?

NOTE: This is a personal opinion and NOT a paid endorsement!

The topic in the Writers Support Group I’m part of at Sparkpeople was about proofing. It asked the question:

Do you read your manuscript aloud to yourself? Do you record it and listen?

I hadn’t thought about this at all. But it caught my interest. What would my written words (in the form of my current WIP) sound like when read out loud? Could hearing those words help with my writing? Some read it out loud to themselves, some to a critique group. Some use a tape recorder then listen to the playback.

One friend noted that there are programs online that can read your story to you. Some even have a free version. So…I decide to try one of them out. It was recommended that I try NaturalReader 14. I downloaded the free version and have spent time this week trying it out. My verdict?

So far I’m loving this program! I’m running Santa Baby through it and it’s been so helpful. In listening to it read Santa Baby back to me, I’ve caught missed words, places where my dialog was stiff, and even a big time line problem with three chapters! On the fun side is just what a kick it is to hear MY words telling a story!

The free version comes with one default voice but you can download one other voice. You can change the pacing (speed) of the reading. You can stop the reading and make on the fly corrections and fixes than save it. You can skip back to re-listen to something. It reads Web pages, Word docs, PDFs. Note that this will only read. If you want to dictate, NaturalReader can’t do that. You’ll need a program like Dragon 13.

There is a few paid options (with a paid version you can record and save the reading) for the software and I might consider getting one of those at a later date. For now I’m going with the free one.