Santa Baby is now free only from instaFreebie. Grab your copy today! 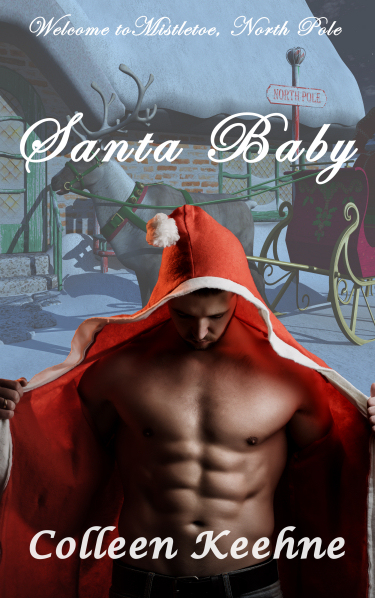 Starting tomorrow (Jan. 18, 2017) at Amazon (and later in the week at other retailers) Santa Baby, my first PNR novel will be ON SALE for $0.99! Pick up a copy for mere pennies.

Welcome to Mistletoe, North Pole. A small town hidden away at the top of the world where the summers are short, and the winters are long. And Christmas is what the town does best.

Jamie Winters’s life was almost about perfect. Growing up as part of a loving family living in the lush green of the Pacific Northwest, she had her life planned out. Until one night before Christmas, fate stepped and took everyone she loved away from her. Years later she finds herself in Mistletoe, working as a waitress at Rudy’s Diner alongside her best friend, Kandy. Jamie’s not looking for love, but in a place like Mistletoe, you never know what you’ll find all wrapped up with a bow.

Christen Kringle never expected to find his mate in Mistletoe. Having been born and raised in the small town, everyone was like family. Then one night after work he meets his crew at Rudy’s. One look at the curvy brunette outsider with the dark chocolate eyes and he knew she was his. And when she touched him? His body blazed to life like the Aurora Borealis. It was fate that brought her into his life. The same fate had found mates all the men in the Kringle line.

But a menace is creeping into Mistletoe. One that not only threatens Chris and Jamie, but could end Christmas worldwide.