Kai stood oblivious as ever larger waves washed over her feet and calves. They swirled around her, dragging at her sarong. The sand under her feet shifted with the ebb and flow of each wave. Her tears dried on her cheeks for as sad as she was; there were also sparks of anger. Anger at John for his treatment of her. Anger at herself for allowing him to hurt her in that way. She had been so naïve about the world outside of her beloved islands. Her memories filled her head yet again, like the waves spilling on the beach.

John returned from dinner with his parents in a quiet, almost reflective, mood. She been so happy to see him back; Kai threw herself into his arms. She was full of questions. How had things gone? What did they talk about? She wanted to ask if they had spoken of her but she held back, knowing he would tell her if they had. But he didn’t. With his arms around her waist, he looked down at her. Then, with a sigh, he dropped his arms. Kai stepped back, a frown on her lips. Something wasn’t right. She opened her mouth to ask what was wrong, but he forestalled her, telling her they were moving to the mainland. Boston, to be exact.

Kai was stunned! Her mouth hung open, gasping like one of the small yellow Tangs that sometimes washed up on the nearby beaches. Move? Leave Big Island, leave Hawaii? But…WHY? John explained that his parents, or rather his mother, made him an offer. They would pay for all his tuition and living expenses if he moved to Boston for law school. In all that John said, what caught Kai’s attention was he had said if HE moved. She questioned him; his mother wanted them to move to Boston? John turned away from Kai. She reached out, her hand shaking and stroked one hand down his spine. He stiffened at her touch. She drew her hand back, not understanding what was happening to them. Turning back around John gazed at her for a long second before speaking again.

No, he told her. His mother wanted just him to move. If he wanted to take what they offered, he was to give up Kai and their marriage. Her hands flew to her mouth, her eyes wide. She stepped back, shaking her head. John reached out for her, pulling her trembling body against his. John whispered soothing words into her ear. He told her he loved her and that he would never give up on them. He had a plan he breathed into her ear. A plan that would allow him to take his mother’s offer while allowing them to be together.

Kai stood in his arms as he explained his plan to her. He would go to Boston alone. Kai tensed. He would find them a small place to live. Once a place was secured, she would join him there. Kai frowned, looking up at him. Didn’t his mother say he had to let her go she asked? He nodded yes before smiling down at her. But his plan was genius! They would live in Boston; take the help his mother offered. His parents would never come to Boston to check up on him. They would never know that Kai was there with him. It was the perfect plan!

Kai was silent. This plan of his, it didn’t feel…right. She spoke to him of her feelings, but he brushed them aside. He kissed her on the top of her head, telling her not to worry. He let her go, walking to the small kitchen table and pulled the tablet of paper setting there to him. Kai watched as he made notes on the tablet, steps to put his plan into motion. She stood, arms wrapped around herself. It wasn’t right to do this. How could John not know that? How could he do this, lie to his parents? The voice of warning that had been faint before John had come home was louder now. If he can do this to them, he can do this to you. She shivered, pushing the voice away.

From the The Writer’s Circle 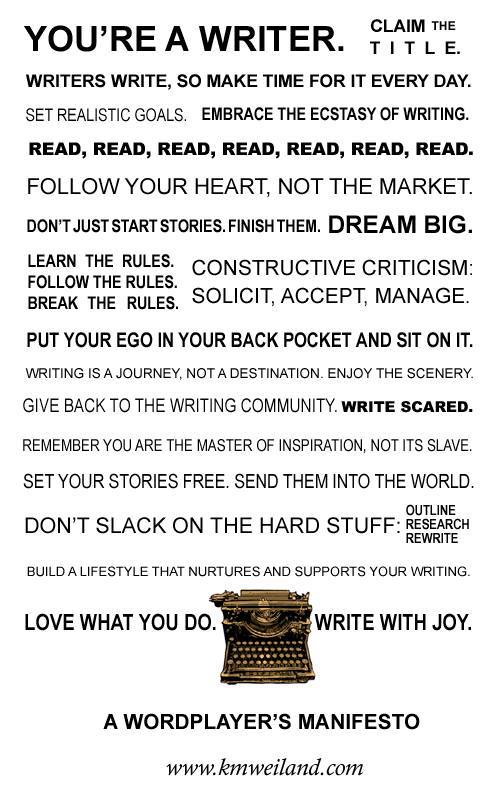 NOTE: This is a personal opinion and NOT a paid endorsement!

The topic in the Writers Support Group I’m part of at Sparkpeople was about proofing. It asked the question:

Do you read your manuscript aloud to yourself? Do you record it and listen?

I hadn’t thought about this at all. But it caught my interest. What would my written words (in the form of my current WIP) sound like when read out loud? Could hearing those words help with my writing? Some read it out loud to themselves, some to a critique group. Some use a tape recorder then listen to the playback.

One friend noted that there are programs online that can read your story to you. Some even have a free version. So…I decide to try one of them out. It was recommended that I try NaturalReader 14. I downloaded the free version and have spent time this week trying it out. My verdict?

So far I’m loving this program! I’m running Santa Baby through it and it’s been so helpful. In listening to it read Santa Baby back to me, I’ve caught missed words, places where my dialog was stiff, and even a big time line problem with three chapters! On the fun side is just what a kick it is to hear MY words telling a story!

The free version comes with one default voice but you can download one other voice. You can change the pacing (speed) of the reading. You can stop the reading and make on the fly corrections and fixes than save it. You can skip back to re-listen to something. It reads Web pages, Word docs, PDFs. Note that this will only read. If you want to dictate, NaturalReader can’t do that. You’ll need a program like Dragon 13.

There is a few paid options (with a paid version you can record and save the reading) for the software and I might consider getting one of those at a later date. For now I’m going with the free one.